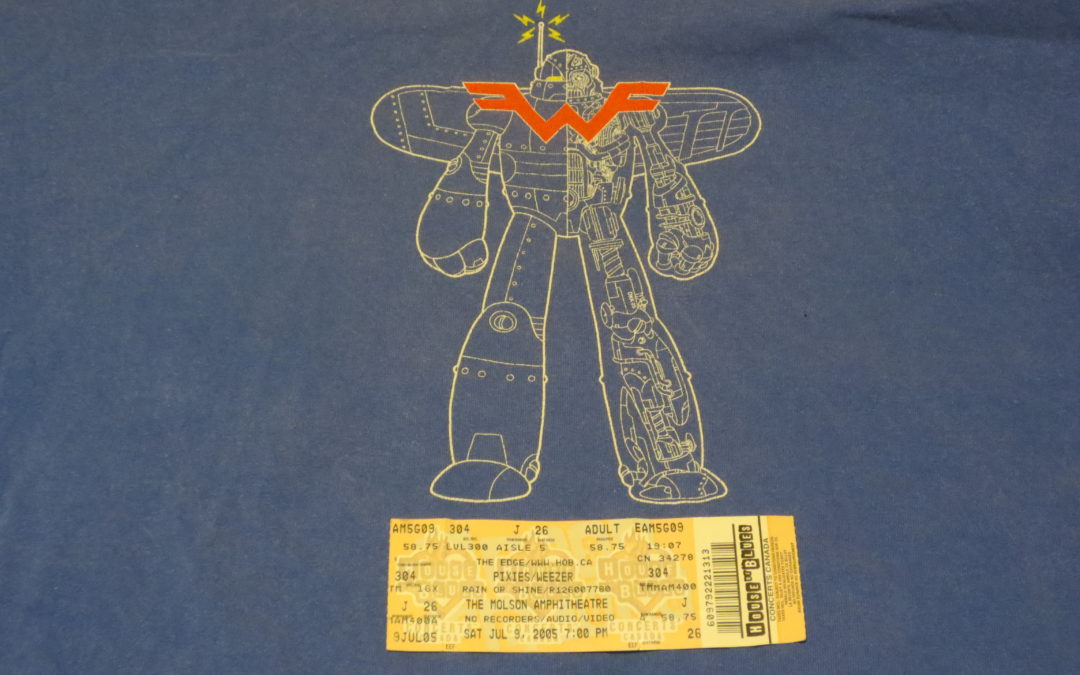 My first outdoor rock concert, my first away from home rock concert and I got to see 2 of my all-time favourite bands in 1 night.

My Winston Brigby bandmate and good friend, Alex Vance (Sandy) and another good friend from school, Tim Anderson made the Greyhound bus trip together. All of us were big Weezer fans and Sandy spoke so highly of seeing them in Montreal on the Maladroit tour in 2002. We bought the tickets (bus and concert), and I think we crashed at our other bandmate and good friend, Dustin’s place. Not sure why Dustin didn’t come, too, though!

Anticipation was big for me. Going on a road trip was exciting enough but “Make Believe” had dropped that spring and it was an album I immediately latched on to. I can still remember buying it, listening to it on repeat for a few days and then having TONS of things to say about it to Sandy over the phone. We couldn’t stop gushing over the variety of styles and excellent songwriting. To know that we’d see songs like “Perfect Situation”, “This Is Such A Pity” and “Haunt You Every Day” live was very exciting.

Having Pixies on the bill was a bonus. Even 2 years earlier, a Pixies live show would have been unheard of (they had disbanded in the early 90s), and at the time, nobody knew if it was a full reunion or just a year or two of touring. So, it put extra incentive on us to make the trip to TO.

I was most looking forward to seeing Weezer but the Pixies’ set was a real trip. They really impressed me with their energy and their setlist was packed with all their best songs. Shorter songs, too, so that, by the end of their headlining slot, they had played 30 songs. It was awesome hearing those songs come to life before me, even ones I didn’t know. The set made me a bigger Pixies fan, going deeper into their discography than the compilation album I owned.

All these reasons combined and, again, I’m really glad to have had that concert experience. The amphitheatre was a great venue and the weather was enjoyable, too. There were even fireworks set off to close the night!

For info on the setlists: