This past week, I’ve been cleaning up the office which has all of my files, books, and archives of various things from school to music. I finally got around to making a little binder of “See Joe Smile” memories. It’s a similar idea to those books you can get at Chapters these days which tell the stories of bands, like Nirvana and Red Hot Chili Peppers, and include setlists, posters and ticket stubs. It was pretty cool looking back on some of the shows and sets we’ve played. It makes me excited to create more musical memories in the future, and I’m hoping that in the upcoming year, some of those memories will take place in some new places around the province! 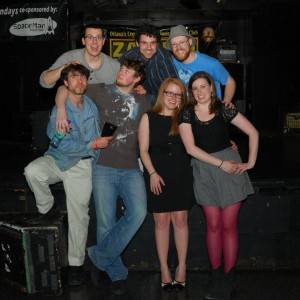 Here’s a list of shows See Joe Smile has played, in full band form, since its beginnings in 2009: