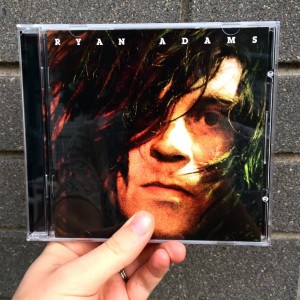 M- The true test of a really good album is that you can get through it without wanting to skip any of the songs AND THEN want to listen to it over and over because you want so desperately to sing along with every word. Well, that’s what this is, hands down. All the songs on here are gems. Ryan outdid himself. Awesome vocals, super easy to listen to. Got a paper to write? Dishes to wash? Just having a relaxing afternoon? Working from home? It’s got something for everyone. You won’t be disappointed.
The singles are STRONG: “Gimme Something Good” and “Stay with Me”. I also like “Feels Like Fire” and “I Just Might”.
J- So, my wife really really likes this album as you have just read. For fans of acoustic rock and singer/songwriter type music, this is as good as any of his contemporaries’ most recent efforts. I love the echo on his vocals and the raw sound of his guitar because they showcase how good Ryan sounds live, with minimal production. My favourite is probably “Feels Like Fire”, but that’s no surprise, I’ve always been drawn to the catchier tunes. Like she said, this album plays well for a multitude of occasions, but I’d be more inclined to listen to, sitting by the fireplace, curled up with a good book. Oh, and it’s a cloudy or rainy day. Have a listen to the first single off of the album below and hear it for yourself.

Watch the music video for the single: Ryan Adams- Gimme Something Good